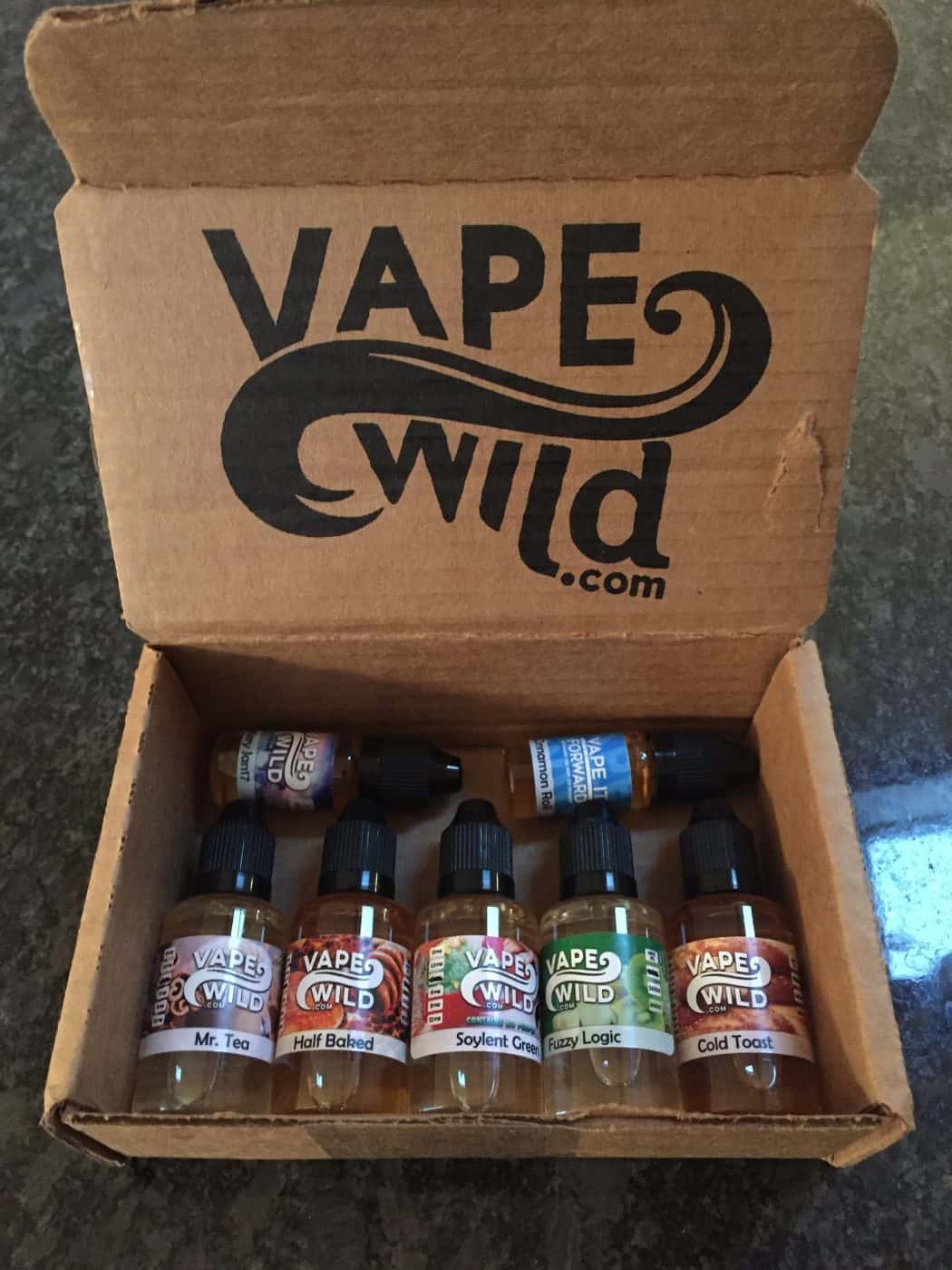 I have to start by giving credit where credit is due and thanking Vape Wild for sending me this great sample box of e-liquid flavors to review for you! I personally got them all in 3mg nicotine and 50/50.

Before I get into the details, I would like it to be known that nine times out of ten, I enjoy fruity and candy flavors, so giving these fall flavors an unbiased review was a bit of a challenge.

My Personal (as unbiased as I can be) Review

If you’re looking for dessert flavors at an affordable rate, I’d recommend you check these out. Well, most of them. (I can’t see anyone going out of their way to pick up “Cold Toast.”) but seriously, $2.99 for 10ml has got to be one of the most affordable juices out there. It was tough at times to be critical given that thought as it would be hard to compare it to a Five Pawns, but they are different e-juices meant for different price points.

The biggest difficulty I had in making this review is that most of these flavors are “samey.” It feels as though you could blend them all together and you wouldn’t notice much of a difference. Another point to note is that the cotton in my vape loved these juices; they easily overpowered my usual all day juice. So prepare yourself, because you won’t get these flavors out for a good while.

I’ve ranked these juices in order from my most favorite to least favorite:

#1. Mystery Jan17 – I still don’t know what the intended flavor was for this one, but I definitely liked it. I would call it vanilla custard with a dash of nutmeg. It is certainly one of the sweetest flavors in this collection (maybe why I liked it the most.) 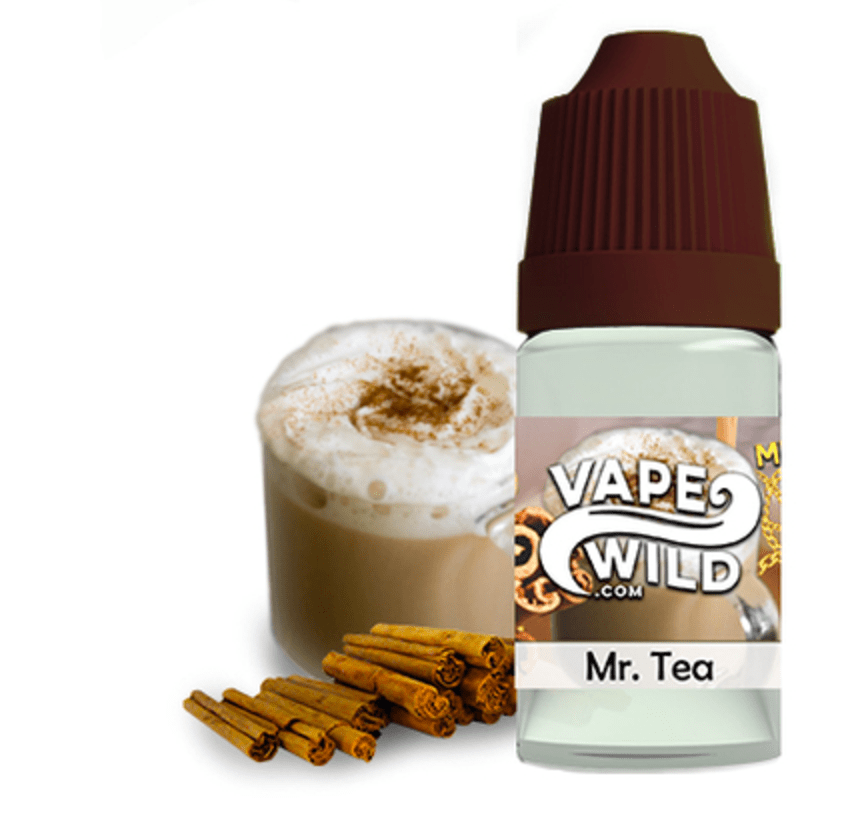 #2. Mr. Tea – Chai Tea Latte. Heck, I gotta say, you get exactly what you pay for with this flavor. If you frequent the coffee shops looking for a velvety, creamy latte, this one will hit the spot. It has a great amount of sweetness and a mouthful of chai. There’s no mistaking it. I will say, however, that I went into trying this juice thinking it was ice tea flavor and I was totally thrown off. This one, I will keep on my vape shelf and come back to when I want something dessert-like.

#3. Cinnamon Roll (Tasted like a Cinnamon roll, Which is a good thing as I really like them.) The name is an accurate depiction for this flavor. If you like them, you will like this. Can’t think of much more to say on this one really, it’s a sweet cinnamon roll breakfast in a vape. Tasty really. 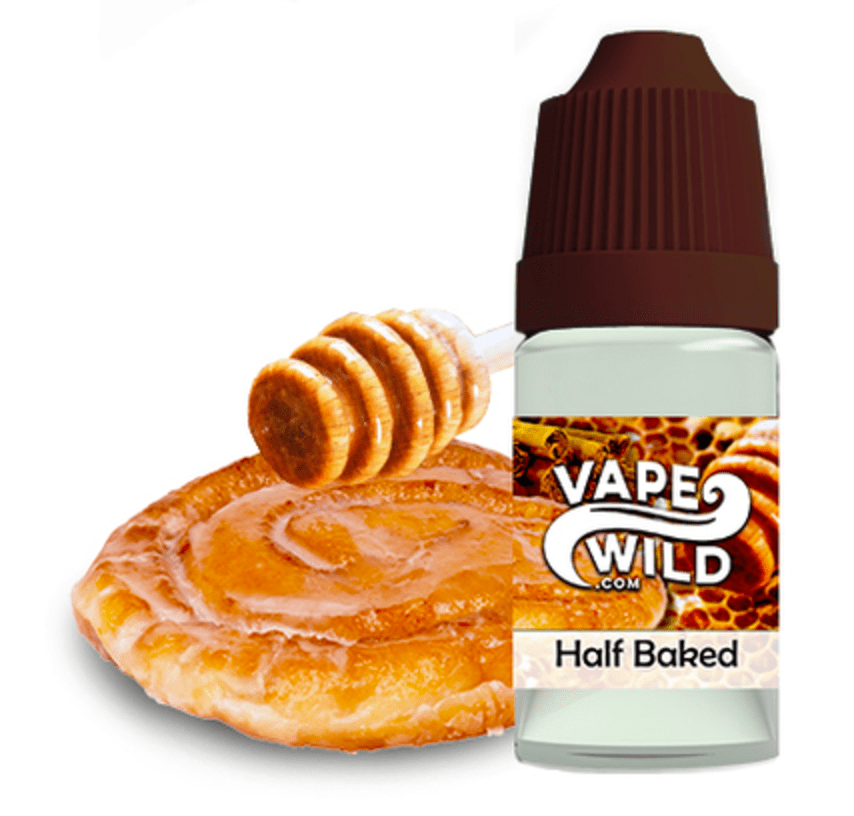 #4. Half Baked – AKA Honey Bun. Out of all these flavors, this has the best, most accurate after taste. I really do feel as though I took a bite into a honey bun. Did somebody say, Little Debbies? This flavor gives you exactly what you want. And do I detect a hint of Golden Grahams?

#5. Soylent Green – I realize the title of an e-juice is just that, a title. And this one…Although a great reference… I’m not sure who would really get it these days. (I appreciated it.) It’s pistachio ice cream flavor. Sort of. Like most of these e-juices, I was able to sample, I had to do some research in order to actually identify the flavor. Out of all these juices, this one was lacking in sweetness and a little bland, but maybe that was just me?! ..you can call me bland… it’s ok 🙂 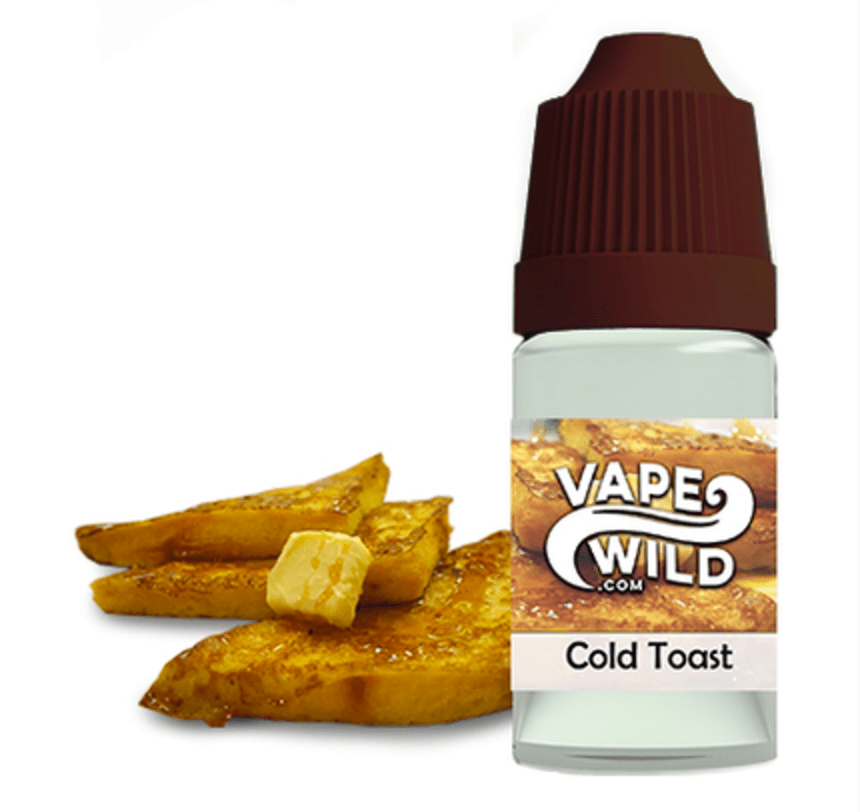 #6. Fuzzy Logic – This one caught me most off-guard. Mostly because I had no idea what I was tasting. (The name Fuzzy Logic certainly didn’t help, so I guess it accomplished its goal!) After doing some research, I found out the intended flavor was marshmallow and kiwi. Then, upon retrying it, I could 100% detect the marshmallow, but not really the kiwi.

#7. Cold Toast – The name started me on the wrong foot tight away, who really enjoys cold toast?! Apparently, the flavors name must get people’s curiosity and clearly gets the best of them, so I get the intrigue. My first thought was tobacco. I feel like it would be a great transition for someone who prefers tobacco flavors but wants to transition to a flavor with a little more sweetness. …some people might be into it, just wasn’t my kind of toast…ha!

Lastly, I would like to make a note on the bottles themselves when you are thinking of ordering. I might consider staying away from the 10ml bottles and going with a 30ml or more. If you’re investing in Vape Wild’s juices, spend the extra couple bucks and get a bigger bottle. The plastic on the small bottles is fairly stiff and squeezing those tiny little things was killing my fingers, no joke!

The artwork is good and even though the flavors names throw me a bit (I’m clearly a simple guy) I do enjoy the playfulness of them. I mean common…. Soylent green! Obviously, it isn’t a regular flavor you would know or people flavored for that matter (spoiler alert!)  I did notice pistachios though right away. I had no idea what flavor it was going to be when I was testing it. You, however, are an informed consumer and this won’t be an issue for you. (I‘m just being nit-picky.)

All in all, Vape Wild’s fall catalog is great if you want and enjoy dessert flavors. In fact, it’s a vanilla, nutty, bready paradise for your mouth.